Get Honey for FREE and start saving money today ► http://joinhoney.com/hacksmith
Thanks Honey for sponsoring this video!
Enter the Giveaway ► https://forms.gle/R3AMYhJHxXLH3QCaA

Purchases made through some store links may provide some compensation to Hacksmith.

WARNING: THESE VIDEOS ARE FOR ENTERTAINMENT PURPOSES ONLY. PERSONAL USE OF VIDEO CONTENT IS AT YOUR OWN RISK. THE HACKSMITH IS A TRAINED PROFESSIONAL WHO KNOWS EXACTLY WHAT HE'S DOING. EXCEPT WHEN HE DOESN'T. DO NOT ATTEMPT TO RECREATE OR RE-ENACT ANYTHING SHOWN IN THESE VIDEOS.

Jasper the Ultimate Quartz . 17 minutes ago

Wow, so there's some science behind that scene when Mace and Palpatine fought and the window shattered from the lightsaber.

If I go to space I'm going to make sure I'm driving a Buick. Sincerely Grandpa Al

He looks like a ghost buster from the 1700's with a fire stick.

Marshall Eriksson needs to see this!

What’s next a the god killer mark 2 iron man suit!? EDIT:I swear to god if they do make this shit somehow in the future

The constant sound effects are annoying

It dosent cut through walls it burns wall dummy!

WHY IS THIS NOT TRENDING WORLD WIDE!?!?! WE LITERALLY HAVE THE FIRST ACTUAL LIGHTSABER!

It would be cool if you guys tried making the beam katanas from No More Heroes, I think recreating those would be much more easy to get than a fully fledged lightsaber

All I've learned is that in the star wars universe they have super effective magnets that stop everything from catching fire and combusting. That's not a challenge to do better, I think this is as far as we can really go untill the next power storage and generation revolution.

This guy's are ready for a zombie apocalypse

Have you ever thought of using uranium like a battery 🔋

Star wars fans when the hacksmith uses analogies from the trilogy everyone hates: *confused screaming*

I will not be impressed with you guys until you make the elder wand.

Can you make a star wars round plasma schield

this is some iron man shit

Can it cut off the hand of my son who previously didn’t know that I am his father?

This why i love to study math, physics and chemistry at school

Tip: make the lightsaber only able to turn on when the handle is firmly grasped. That way if it slips out of the hand by any chance it'll turn off immediately to reduce chance of harm to persons or environment.

The prince of fools . 9 hours ago

My only, and I mean this ONLY, problem is that it’s very short.

Today I learned steak is more effective than steel for making security doors.

Lightsaber pro tip: Cutting through things slowly and dramatically won't help you in the heat of battle, strike fast, if you need to cut through something, cut through it quickly, just... try not to set anything on fire, well, aside from whatever you want to hit, of course.

Rickest of Ricks . 11 hours ago

If a real-life lightsaber doesn't make you wanna Sub I don't know what will.

A bit damaged, is an understatement.

Rickest of Ricks . 11 hours ago

Yo you want your meat medium or well done? Na lightsabered Ok

Hey could you create the grenade gauntlets from my hero acedamia

3:32 , Hacksmith : We know light sabers can cut off limbs Me : confused screaming

They made something pretty scary 😄

Oxygen acetylene would be way hotter!

So basically you made the world's most bad-ass plasma cutter. Shut up and take my money.

That isn't a lightsaber dude... that's a proton pack. 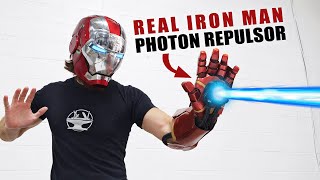 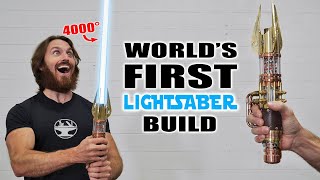 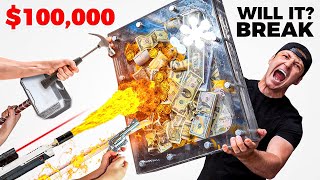 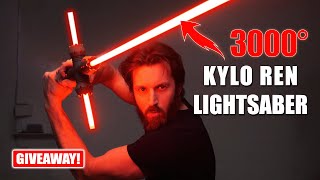 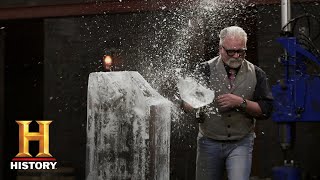 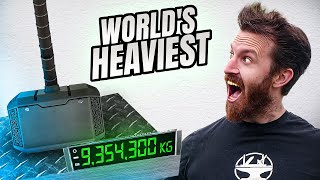 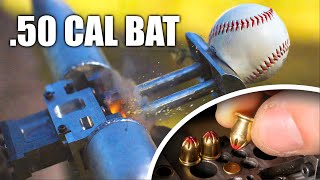 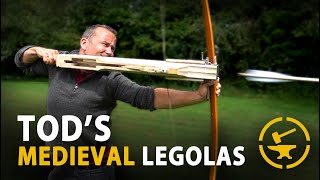 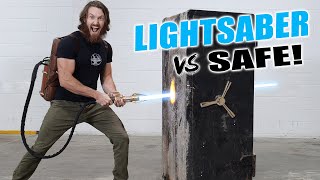 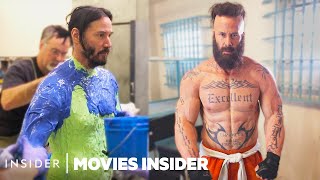 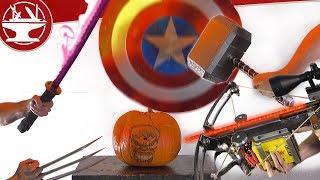