What Army Tankers Go Through In Boot Camp | Boot Camp

We got an inside look at how the United States Army trains tankers and cavalry scouts during its 22-week One Station Unit Training. Chief video correspondent Graham Flanagan went inside the Armor School in Fort Benning, Georgia, where he observed soldiers at various stages of training.
After completing 10 weeks of basic combat training, soldiers go through 12 more weeks of advanced instruction. Future tankers learn how to drive, fire, and maintain the M1 Abrams battle tank, which has been the Army's primary tank since the Gulf War. Soldiers also learn how to load the tank's ammunition rounds, which range in weight from about 30 to 60 pounds.
Along with tankers, the Armor School trains cavalry scouts, whose mission is to perform reconnaissance and gather intelligence in the field and report to leadership, who may decide to utilize armored weapons and vehicles based on the scouts' reports. Cavalry scouts also train with anti-armor weapons like grenade launchers and rocket launchers.

Business Insider tells you all you need to know about business, finance, tech, retail, and more.

What Army Tankers Go Through In Boot Camp | Boot Camp

"I'm gonna go ahead and set this down"

10:46 soldier almost got their hand caught

All I kept thinking was javelin tho

That no shaving profile is looking pretty sharp

The girl probably said she doesn’t feel safe because people in a tank never know when an anti tank missile could destroy them. They could be driving and out of nowhere, a javelin missiles destroys them and they immediately die

Charming nowhere to hide . 16 hours ago

Joined the military in 1986 and I never regretted it. my MOS was 19K10 but I did so many other jobs as well. Being a "Tanker" was the best job I had.

Fun Fact:
Lieutenant Colonel (later General) George S Patton, was the first officer to be assigned to an armored corps. He later commanded the 3rd Army in WW2

when did privates start calling DIs Sir?
Holy shit, id have been fucked up if I did that!
"IM NOT A SIR! I WORK FOR A LIVING"!

After seeing how the anti tank weapons are destroying tanks in Ukraine I would not choose that speciality if I were in the military.

I was watching this as a tanker that finished my training last May or so. Surprised to see how much they've already changed small things. My company was the first to visit the armor museum. And it was at the end of our training, which was 27 weeks not 22.

US tankers : I'm will be away from home, may in korea or Europe.

I leave to Fort Benning in August!! Can’t wait to be doing all this.

god dammit i wish i would of stayed a year or two longer just to get the new dress uniform.

Tank crew in all periods of history have to be some of the humblest people deep inside. They know that the tank offers high protection against small arms but the act of dying in one is still scary AF.

It is too bad that political correctness insanity overrides the purpose of the military mission. Putting women in a tanker crew is just plain idiocy. No bathroom, intense stress in a battle situation, and, if a crew survives a hit and are taken prisoner, the men are executed and the women used. The common sense facts are denounced only because it goes against political correctness. We are in trouble.

No one in the beginning said they want to be in a tank because they wanted to protect their country. "Just want to blow sh..up all day"

for the little time I had.

Marcel the Virginian . 2 days ago

The narrator is meh, just a kinda stereotypical "I have a deep voice, but don't really say actually informative things" type of narrator you'll find in many current documentaries. The video is most interesting for its footage and hearing the soldiers' commentary

i dont know how they do it now, but BCT its basically the same for everyone, tank goes elsewhere after basic, its all depends where you going, tanks crew are expected to be an infantryman outside a tank and a operator inside one, atleast thats what i was told by a 1SG from the 75th, this is from the old days from went women werent allow in combat operation, women are a distraction, on the work site they are a welcoming distraction, in the field of battle, distractions kills

You're here in armor beast and blow shit up!

Self loading? This is why m1a1 was a failed over budget project. Even the T64 had a self loader meaning less personal needed

Looks like they finally got their new Pink and Greens uniform. I wish they can just discard the Dress Blues

US on a purpose collision course....

boot camp does not consist of doing what your job will be later in the army that's your AIT. Now some of them are conjoined together but they show no boot camp anything here just the AIT part of the training.

For some reasons these cavalry scouts seems very respectful of others like taking very professionally and repeated use of "sir" compared to other armed forces.

“Put it on safe knuckle head”

Not Boot Camp, basic combat training. And it’s not exclusive, you can literally YouTube it. Y’all suck

When will someone realize that remotely controlled tanks is a good idea?

13:48 dude was not expecting that lol

So which tank is better? M1A2 sep3 abrams or the Germans leopard 2A6? And why is the Abrams main gun a smoothbore? Wouldn’t a rifled bore fair better with accuracy?

Boy I love that.

for the little time I had.

I wanna see you guys get down to suicide sill and look at the artillery school.

Tank gunner here. OG class of 1972!
M60A1....dam long time ago. My only request is the shoot on the move using stabo! That would be awesome!

Call of Duty has been preparing our generation for this.

I like how there are still a bit of rivalry in the USA military.

Nice video guys. Im 3 weeks away from graduating OSUT as a 11C and would love to see yall cover mortar training.

Remember to hold J at the first sign of danger

chick's in tanks?
The enemy will have a good time raping her should she become a POW.
Steve patches?
I thought you earned it by finishing Basic and AIT when you arrive at your company. 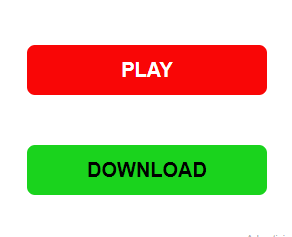 How does a Tank work? (M1A2 Abrams)
2 years ago
Jared Owen