We're joined by Woolie and Pat from Castle Super Beast to talk through an epic mecha fight!
This episode is brought to you by Quip( Go to http://getquip.com/cast to get a free dispenser with any refill plan. ) and Blue Chew ( Go to http://go.bluechew.com/dbc and use promo code DBC to receive your first month FREE, just pay $5 shipping. )
OFFICIAL DEATH BATTLE SUGGESTION FORM: http://bit.ly/DBRequestForm
Click to SUBSCRIBE: http://bit.ly/SubToDeathBattle

I looked it up on the Wiki. Coopers gauntlet moves himself and equipment through time, also it stated while inside BT it moves with him.

Why has woolie ascended

Darling in the Franxx Robots vs Evangelion robots. Both aren't actually robots and have a manic primal aspect

BT's vortex shield is an answer to projectiles. If teh ranged came is made with lasers, the Vortex shield doesn't help witht that. Also worth mentioning: titanfall pilots are elite soldiers onto themselves with extreme mobility, and are just as dangerous out of their titans than in them, and titans are autonomous, with BT being especially notable for being a learning machine and a crack shot (where most titans are like stormtroopers when left without pilots, and are notably incompetent). On top pilots are used to grab onto enemy mechs to deal damage to weak points. Jehuty may have to handle two targets at once, one of which can time hop back and forth... not enough to hold a candle to jehuty, but still things worth mentioning. On top I wouldn't use the time travel device: Cooper only had it for a limited time before it ended up destroyed, and may have worked only in the area it was found in (which was unstable time-wise due to the experiments that happened here). Phase shift would be the closest equivalent, making Cooper temporarily untouchable though he would aslo become blind to what is not the environment and unable to attack while shifted.

So no death battle?

If you play cause and effect in titanfall 2 you can for a short time take BT with you in and out of the past, even in one of the boss fights ( slone) she phases in and out of combat. not saying BT would win well because, vector cannon lmao! Still BT if faced with any other grounded mech would smoke them all

Jehuty is literally a mecha god. How is BT supposed to be able to compete with that, when it's primary weapons is a 30mm autocannon?

I hate logic battles with anime. It's like 2 kids arguing on a fight, one of them using real world items and the just say "hyper lazer of super death that kills everything" anime vs anime is fine. Logic vs logic is fine. Anime vs logic is boring.

BT has no nope. Against Jehuty literally everything BT has is nothing

I stayed away from Death Battle for a long time but seeing this now I just realized they go out of their way to pit iconic characters against each other while knowing absolutely nothing about them... 13:40. Facts is usable for a debate, the fight in theory is extremely one-sided.. another issue I have with DB is they have incorrect facts/interpretations and I believe they simply use iconic characters and inaccurate battles for views. DB shouldn't be taken seriously since that will lead to a lot of headaches.

Look at the end of the credits bt sends a Morse code to jack that said jack? That means hes alive after the huge explosion from the ark

This isn't even fair. BT did not die for this

Pat, go play more Titanfall 2! You outta know that a vortex shield will block non-projectile weapons just as well. Also, you 100% do time-travel in BT, but the whole point should frankly be mute, cause the device is now broken.

was trying to think about a fair fight for gurren lagann... but its like the 40k argument, everything is too damn small and weak compared to it.

Yes we are always ready now I've got votes about four opponents square off in all new Tag team fights. plenty of blood spilled wild action more of that. fans choice once a week. a new list of death battle ideas by fans are picked to show here the following weeks. I say give death a chance and sweet romance hey that's pretty catchy. blood is in the air. 🎶🎶🎶🎶🎶🎶🎶🎶🎶🎶🎶🎶🎶🎶

Death battle can you do George of the jungle vs Tarzan

I wanna see a battle between John Wick and Kenny Ackermann.

He can bring bt with him

Given Jehuty's weaponry that's been presented in this Death Battle Debate, would Setsuna and his Gundam 00 make for a good Death Battle opponent for Jehuty & Dingo? 🤔

But Cooper , is a super pooper

I like how this was set up as a debate between who would win, and then quickly devolved into literally everyone trying to figure out how BT could possibly win lol

Maybe something more like Nu Gundam vs Jehuty or something like that. Or maybe Gundam Unicorn? If BT cant even leave the atmosphere, there's no way it could dream of touching Jehuty. Naked Jehuty = BT + it's EnTiRe FaMiLy dead

Bt cant time travel tho! Cooper is flipping between two set states on a specific facility on a specific planet where time shenanigans occured.

Titans from the titanfall series CAN move on their own. Moat noticeably they can be set to roam, defend an area, follow pilot, or defend pilot mode while the pilot isn't in the pit they can also be set to detonate their nuclear cores after safely ejecting their titan pilots

Fun discussion even if the winner was obvious, but I don't think they're as comparable in height as Pat said, I'm pretty sure Jehuty is like 3 times as big as BT lol. And still way faster, that's the crazy thing

Please, Please have Jehuty appear in death battle, but instead of that mech from Titalfall, have Jehuty fight Xenogears

I think the smarter fight would be BT v. 9Ball 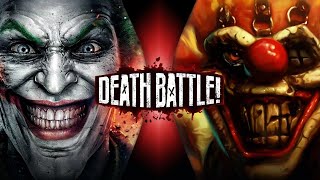 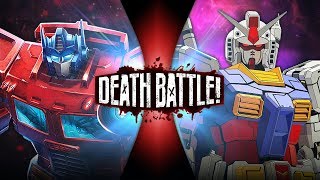 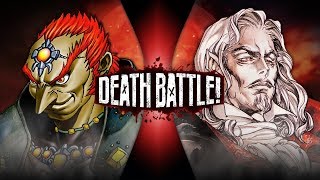 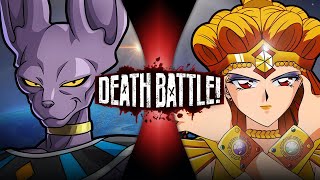 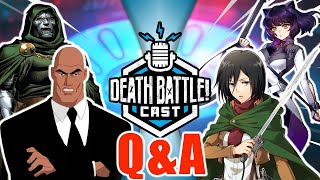 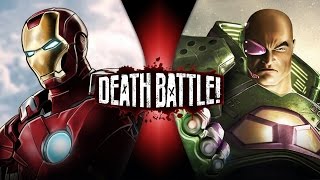 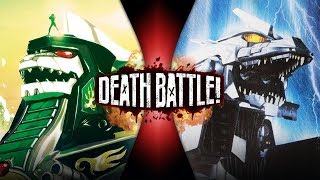 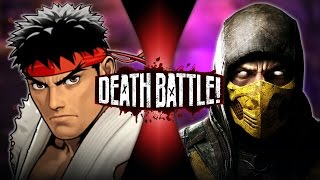 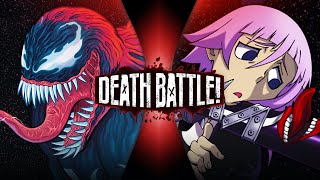 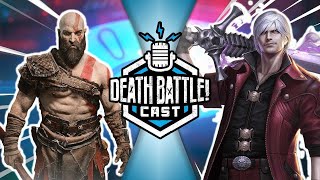 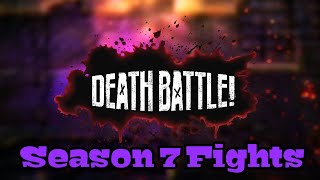