Black Panther 2 details! Yesterday, Marvel Studios officially revealed that Black Panther 2 will be titled, Wakanda Forever. Black Panther Wakanda Forever details have also been given by Lupita Nyong'o who plaus Nakia. It sounds like we could have a funeral scene for T'challa in Black Panther 2 to honor Chadwick Boseman as a person and as the Black Panther. Black Panther 2 Wakanda Forever is part of Marvels Phase 4 lineup which includes Spider-man No Way Home, Thor Love and Thunder, Doctor Strange in the Multiverse of Madness, The Falcon and the Winter Soldier, Wandavision, the loki series, Hawkeye series, Ant Man and the Wasp Quantumania, the Fantastic Four, the Eternals, Captain Marvel 2 the Marvels, Ms Marvel, She Hulk, Shang Chi and the Legend of the Ten Rings and Marvels What IF?

What do you think? Would you like to see a funeral / celebration scene in Black Panther 2 Wakanda Forever to honor Chadwick?

They should not kill off Ta-Charla. He should come back the character has so much potential. Yes Bozeman will always be black panther in our hearts. But the character must go on. I feel he would have wanted it that way.

"We want to continue to explore the world and ALL of the characters introduced in the first film. Something will happen offscreen and T'Cnhalla is deceased. To protect Wakanda they travel to the realm of Bast to summon the greatest warrior possible to defend Wakanda. When presented with a chance at redemption Erik Killmomger returns to take up the mantle as a defender of Wakanda.

They have had many Superman's and Batman's because it kept the character alive and continued since I was a child and I way over 60 years old, Chadwick would want our children to still have a character that looks like them to last forever. I am so very very sad. Chadwick was a phenomenal Being he would want this character continued. I love and miss him and I feel that he would want Black Panther to continue for us.

This is so very wrong they need to recast him or the character will cease to exist and I am so bummed about this. I love Chadwick but I don't think he would want this.

Why not re-cast? I guess “we” got too happy to have a “hero” so “they” had to make sure that we don’t get that imagery again . There is literally no other reason 🤣

Do not kill off the Black Panther! Superman has been replaced with another actor. Supergirl has not replaced Superman. Batman has been played by several actors. Batman has not been replaced by Batgirl. I love Shuri but the Black Panther was a King, a man's role! Marvel DO NOT KILL OFF BLACK PANTHER! REPLACE HIM WITH ANOTHER BLACK ACTOR! I LOVE CHADWICK! Seen all his movies and he will always be KING, but the character he brought style, grace, swag and charisma to can not be KILLED OFF!

I think M'Baku should become the new Black Panther.

My prediction: Shuri will take over as Black Panther unopposed (out of respect, even M'Baku will not fight her for it, but will pledge allegiance) and use a synthesized version of the heart-shaped herb. Eventually, by popular demand, I think we will see Michael B. Jordan (as Erik Killmonger) take up the role of the Black Panther. Either it will be revealed that T'Challa refused to let him die at the end of the first movie (maybe stabilized him like they did with Agent Ross, then kept him on ice like they did with Bucky), OR...the Multiverse of Madness plot will allow for a Killmonger from another dimension to arrive in the MCU and fill the void. Maybe the alternate-universe Killmonger is a better person, having been raised in Wakanda and maybe even having inherited the Black Panther mantle before T'Challa. Either way, I think Killmonger will be BP by the end of BP2. I do hope we get to see Shuri take on the role for a short time, maybe with Okoye or Ayo as her buddy-cop partner.

I WILL ALWAYS GOING TO MISS YOU, BLACK PANTHER FOREVERMORE.

I think that the winter soldier will be the next black panther cz he has been living in wakanda before infinity war with AYO and trained and became the white wolf.

Black Panther is T'Challa, T'Challa is Bossman, Bossman is the King... Can't be replaced

Denzel washington is the next black panther

I think his sister should be Black Panther in part 2, and then the mantle should pass to someone else for a third film after she sacrifices herself to save a lot of people...so you have three Black Panthers across the trilogy, rather than one replacement for two movies after Chadwick. Start Wakanda Forever with a funeral celebration honoring T'challa, perhaps a brief flashback or vision his sister has of him, and we hear Chadwick's voice a final time...

Light it up And cool jack . 3 weeks ago

I love Chadwick, but have to recast for Black Panther I show have to go on . The fans have to accept it go to hard for everyone and Chadwick want the T'challa be play someone who worthy playing scotch icon character as The Black Panther.

I'd rather T'challa goes on a off screen mission than kill off the character. That would be more distasteful than recasting. Have him go to space to form the Wakandan intergalactic empire to prepare for future cosmic threats. At the end of phase 4 or the 5 he can return when everyone has mourned Chadwick.

I believe Black Panther 2 is dead in the water .

I hope they do the funeral scene justice cause Chadwick Boseman deserves it as he really brought this character to life! Thank you to him for all he did

Killing off T'Challa is NOT about honouring Chadwick Boseman, it's about making fans feel better. Boseman worked through his illness to bring this character to life. He knew the character was important to many people, particularly young boys of colour. Tell me honestly that you think he would want the character taken away from the fans. Tell me he would want people to lose their hero. Tell me he wouldn't want another young black actor to have the opportunity to play the role. T'Challa is an important character both to fans and within the fiction. Killing him off-screen would be disgraceful. Ryan Coogler has said that Boseman would want them to continue and while that was referring to the film, I am sure it also applies to the character. So, really, what is the best way to honour Chadwick Boseman? To take away what he worked hard to help create? Or to let the character live on and continue to inspire? No, killing T'Challa is not honouring Chadwick Boseman. It's a slap in the face.

Just recast the character. They found a great representative the first time, they can do it again.

Sorry to say but this Marvel young kids is not my jam Marvel needed with end game.

No Masters No Gods . 1 month ago

So they will also destroy Mbaku to make this work....smh

I feel the Black Panther franchise can not continue without recasting. No one will replace Chadwick, but it’s early enough in the franchise to do so. To me it would be easier and more interesting to just have Micheal B Jordan comeback as the new Black Panther. We were never sure if he actually died. Somehow Shuri doesn’t want it and hands it to him. Just a thought.

Even tho it be weird because of the first movie... Mbj should take the mantle, he’s a big star figure out something to turn him from heel to good guy I know it’s a stretch but with Chadwick dying he should be the one to play that character for the next films

How much would it suck - well it does suck. To return 5 years after the snap and then die again anyway. RIP Chadwick

The title of Black Panther 2 got me a little choked up. The iconic shout of “WAKANDA FOREVER!!!!” Was not in the script of Infinity War. It was a battle cry improvised on the spot by Chadwick Boseman. The fact that one of his amazing improvised moments is the sequel’s is such a perfect way to honor his legacy

SynClaiR the Wolf . 1 month ago

If they kill off T'Challa, I'm not showing up for Black Panther 2. I'm cancelling Wakanda Forever if they do that and do NOT bring in a multiverse T'Challa. People need to learn how to separate the actor from the character.

None. After iron man n black panther are gone not excited to see any marvel movies.

Wakanda without T'Challa is idiotic!!!!! 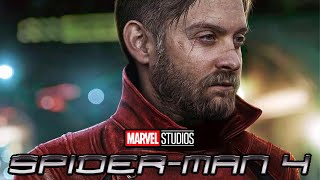 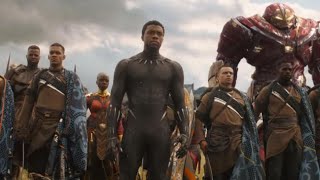 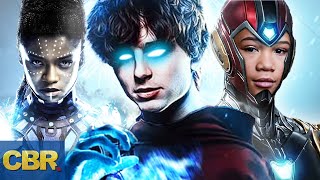 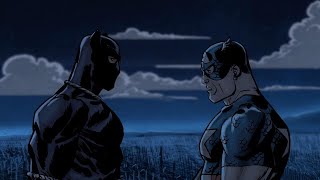 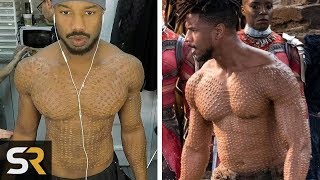 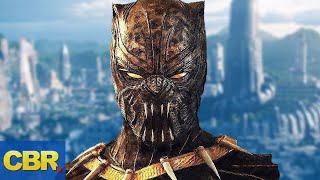 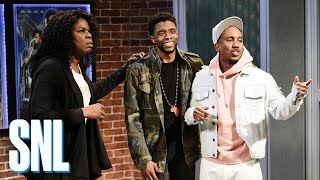 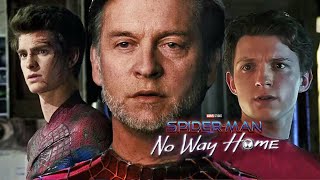 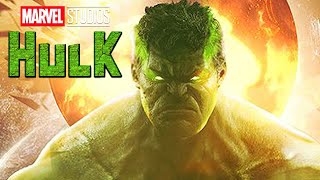